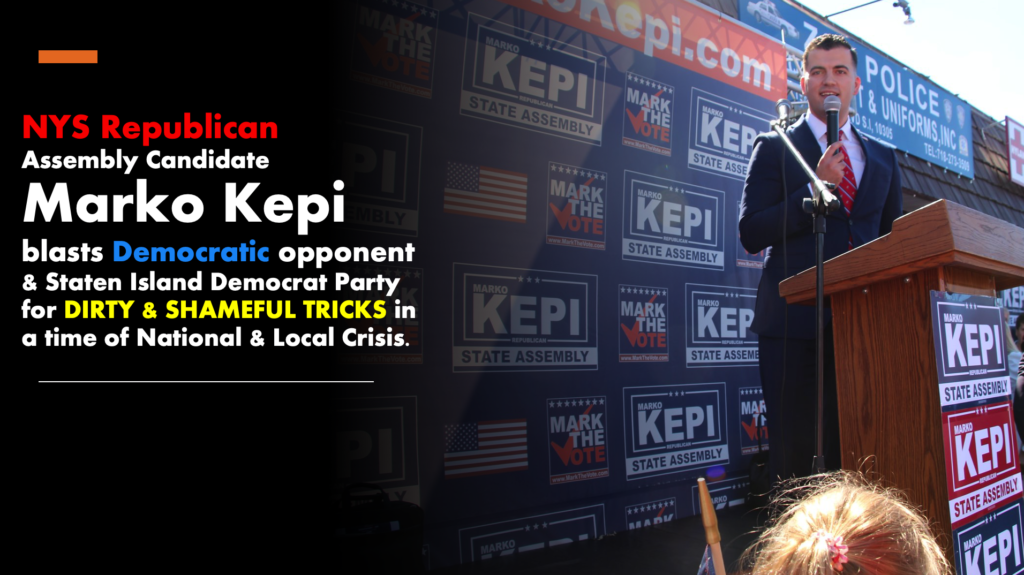 Staten Island, NY. Last week Governor Cuomo and the NYS Legislature passed legislation shortening the time period for gathering “nominating petitions” from six weeks to three. This was done to ensure our democratic institutions and elections continue while taking the public safety into concern. The signature requirement was also lessened to 0ne third of the normal requirement for all offices. Taking advantage of the fact that campaigns were scrambling to get the required signatures and file abruptly, James Clinton, an official member of the Staten Island Democratic Party and a representative filed objections against Marko Kepi and other Republicans running.

Marko Kepi said: “Mr. Clinton and the Democratic Party should be ashamed of themselves for attempting to stifle the democratic process in a time of national crisis.  It is clear that Mr. Clinton and my Democratic opponent, Mr. Patterson have decided that the only way they can win is by not having an election at all. That is disgraceful, the people of Staten Island and Brooklyn should decide this election not party hacks that are trying to throw Republicans off the ballot. This may be a more common tactic in normal times, but we are not living in normal times.  In the same way the Democrats are using this crisis to attack the President, the local Democrats are using this crisis to subvert the will of the people.”

Kepi called on the Democratic Party of Staten Island and his Democratic opponent to denounce these tricks.