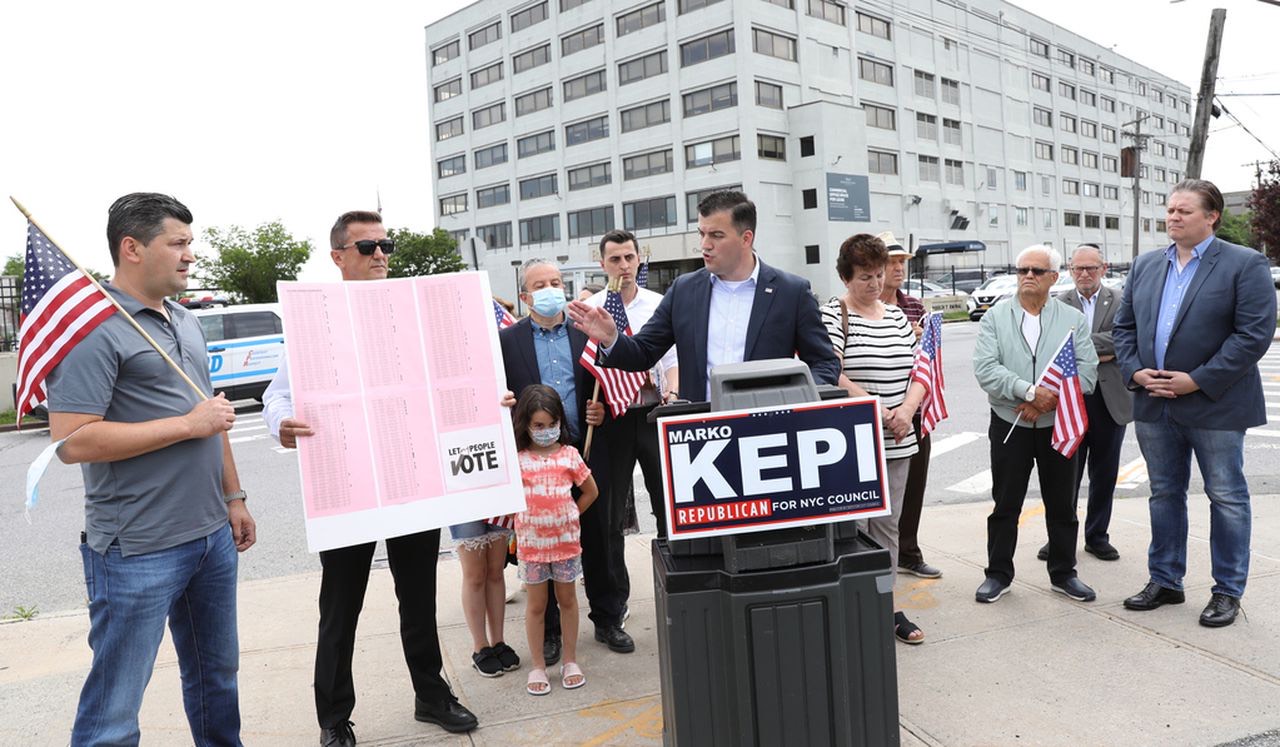 “David Carr and his political machine have targeted legally casted votes from a single ethnic group and have been attempting every desperate and underhanded trick in the book to get these legal votes thrown out. And now we know why: after cures were opened today, Marko Kepi picked up 155 votes to Carr’s 1 vote.

Unfortunately, not all the cures were opened, as the Staten Island Board of Elections was legally required and advised to do, because of non-public back-room decisions made prior to today’s counting. The votes in contention were already objected to and cured per the letter of the law, and should have been counted today.

Marko Kepi is now within 50 votes of victory with over 200 votes still to be counted. Despite the Carr campaign’s attempt to disenfranchise the Albanian community’s votes, when brought before a judge they will almost certainly be opened and counted. The fact that the Carr campaign and Staten Island political machine targeted hundreds of votes from one particular ethnic community, is a disgrace and certainly a violation of their civil rights, as well as New York election law.

Today was further proof that this entire mess has merely been desperate campaign tactics from a political machine desperate for all votes NOT to be counted. After this complete waste of time and resources has been litigated, all the votes will be counted and Marko Kepi will be the Republican nominee for City Council.”